And just like that, it’s the end of another term!

We started back in September by meeting loads of new freshers at the Societies Fair followed by a very cosy first rehearsal – it was great to see so many new people interested in keeping up their Brass playing at university! 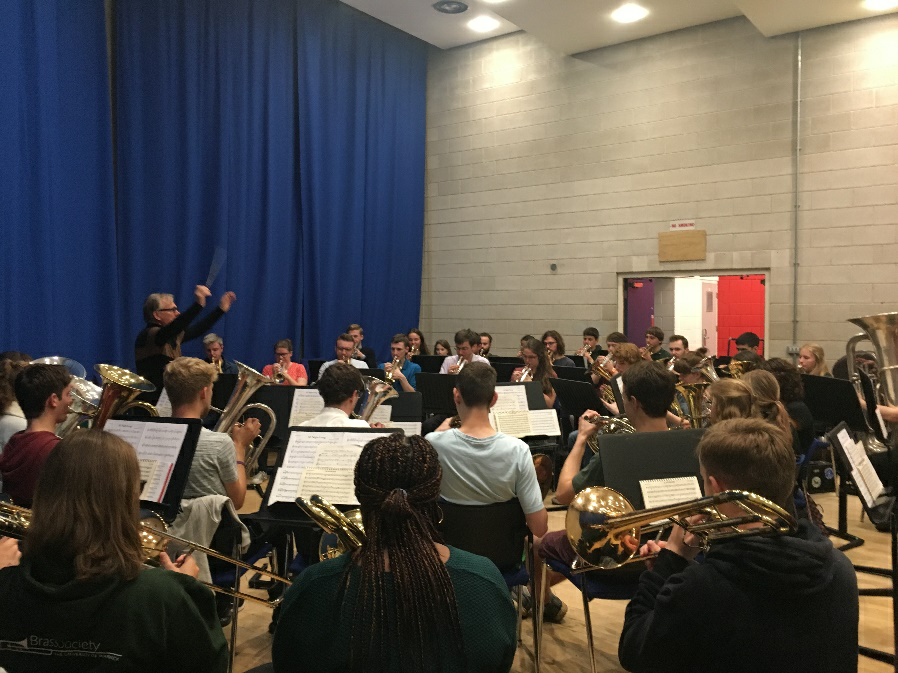 We also held a beginner’s drop-in session led by our Beginner’s coordinators where we had lots of people come along who fancied learning something new or perhaps hadn’t played in a while.

Symphonic’s open audition proved popular and subsequent auditions were all of a high quality which didn’t make selection decisions an easy task.

There’s nothing like a concert within your first couple of weeks at university! All our new new band members had a taste of playing in a packed Butterworth Hall for the first along with a variety of other music societies in the annual Free Concert. 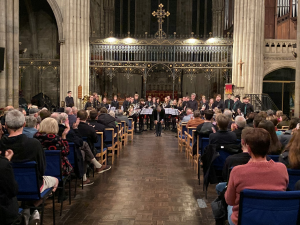 Our main concert of the term was organised joint with the Senior band from the local Royal Spa Brass and was held in the lovely All Saints Church in Leamington. Featuring our own Symphonic Brass, followed by a set from both Brass bands and culminating in a mass band performance of Les Mis with over 60 players, it was quite a night! Thank you to Kirsty and everybody at Spa Brass for helping organise this with us.

Only a week later we completed at the LBBA contest in Loughborough where the band played our chosen piece very well (even if the placing was very disappointing).

Of course, no term would be complete without a range of socials and this term was no exception. We’ve had pub crawls, Laser Quest, Curries, takeaways, pub quiz , Club nights, a Christmas meal and our famous pudding social where the baking skills were definitely strong this year. How we squashed 22 people into a student living room to watch Brassed Off will remain a mystery… 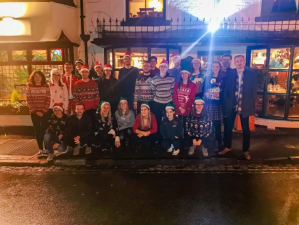 Symphonic’s performance highlight of the term was a concert in St Mary’s in Warwick with Canticum choir and numerous talented young soloists in ‘A Not So Silent Night’ organised by Sam Young. The concert was sold-out event and the evening of festive fanfares and beautiful Christmas pieces was thoroughly enjoyed.

The festive season offers lots of carolling opportunities for Brass bands this year we played in shopping centres, care homes, supermarkets, service stations and on campus to raise money to fund the society’s activities for the year. We also held a charity carolling day raising £690 to be split between two charities chosen by society members; Rennie Grove Hospice and the Melanoma Research Fund. 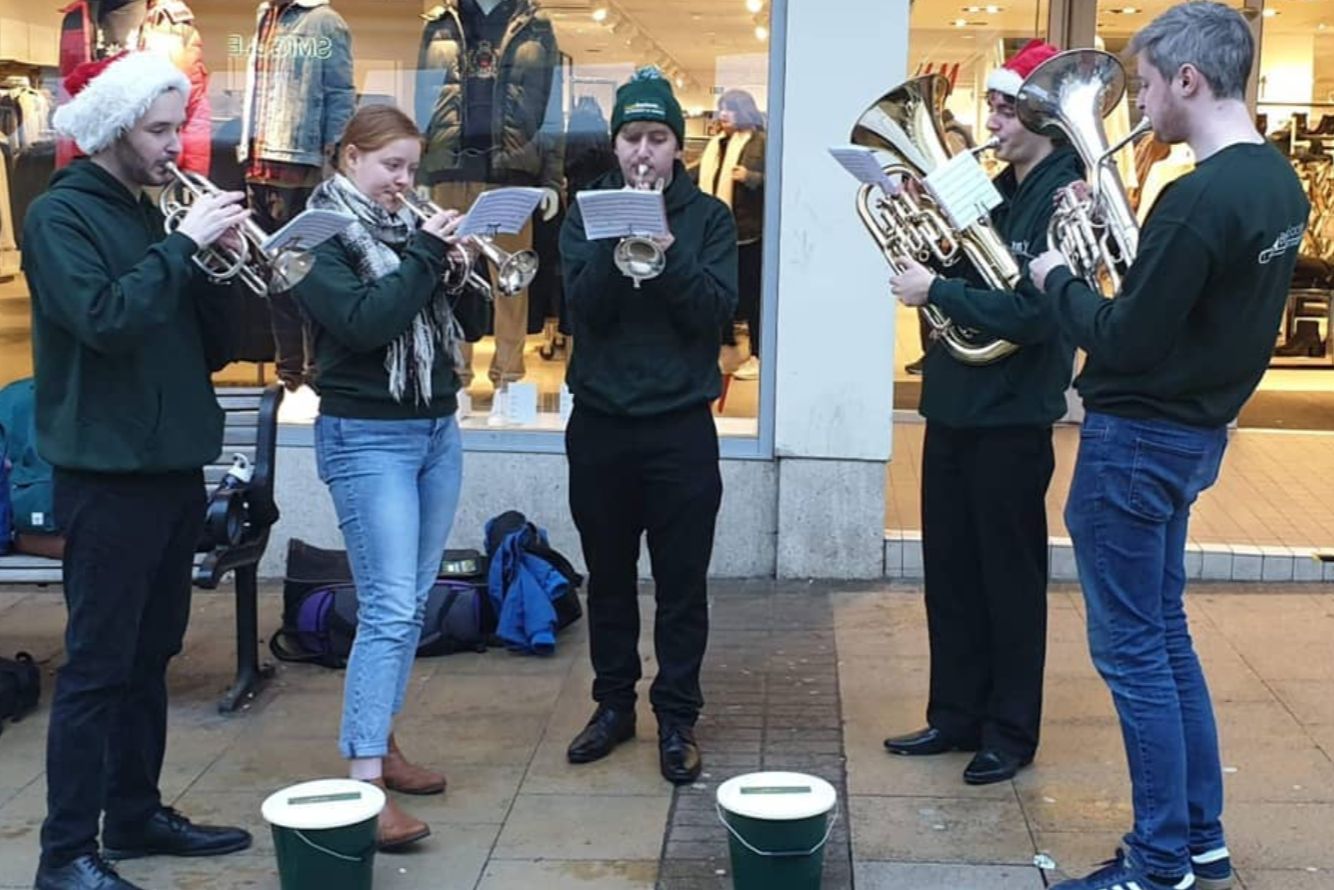 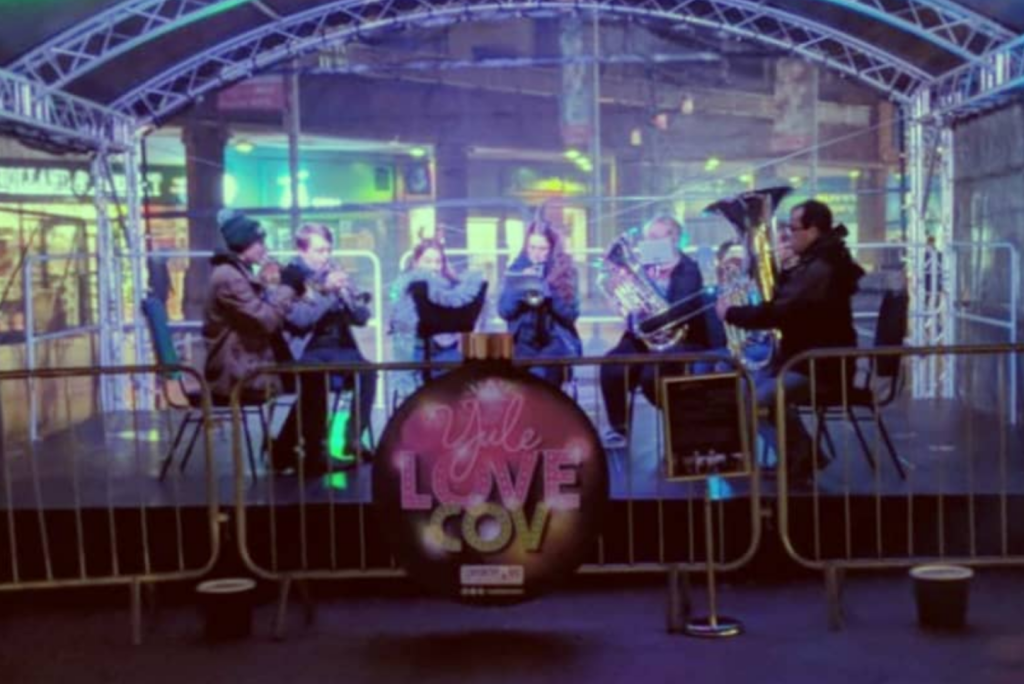 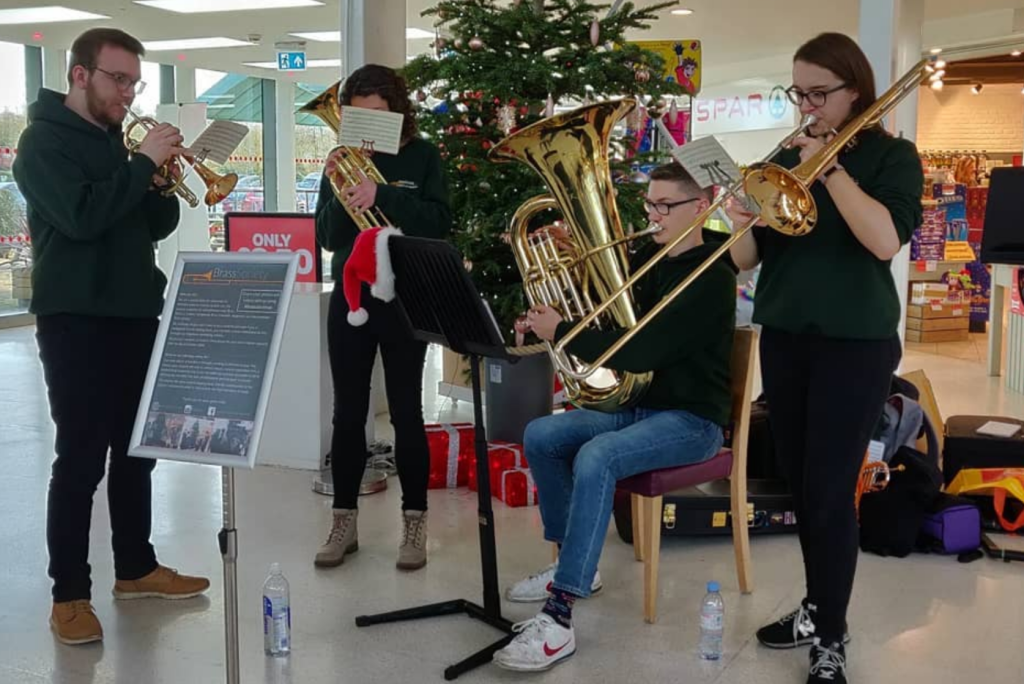 Looking to next term, it’s another busy one! A trip to Durham to play in a joint concert with Leeds and Durham university bands, and the highly anticipated UniBrass competition in Bangor, the Music Centre ball and much more!